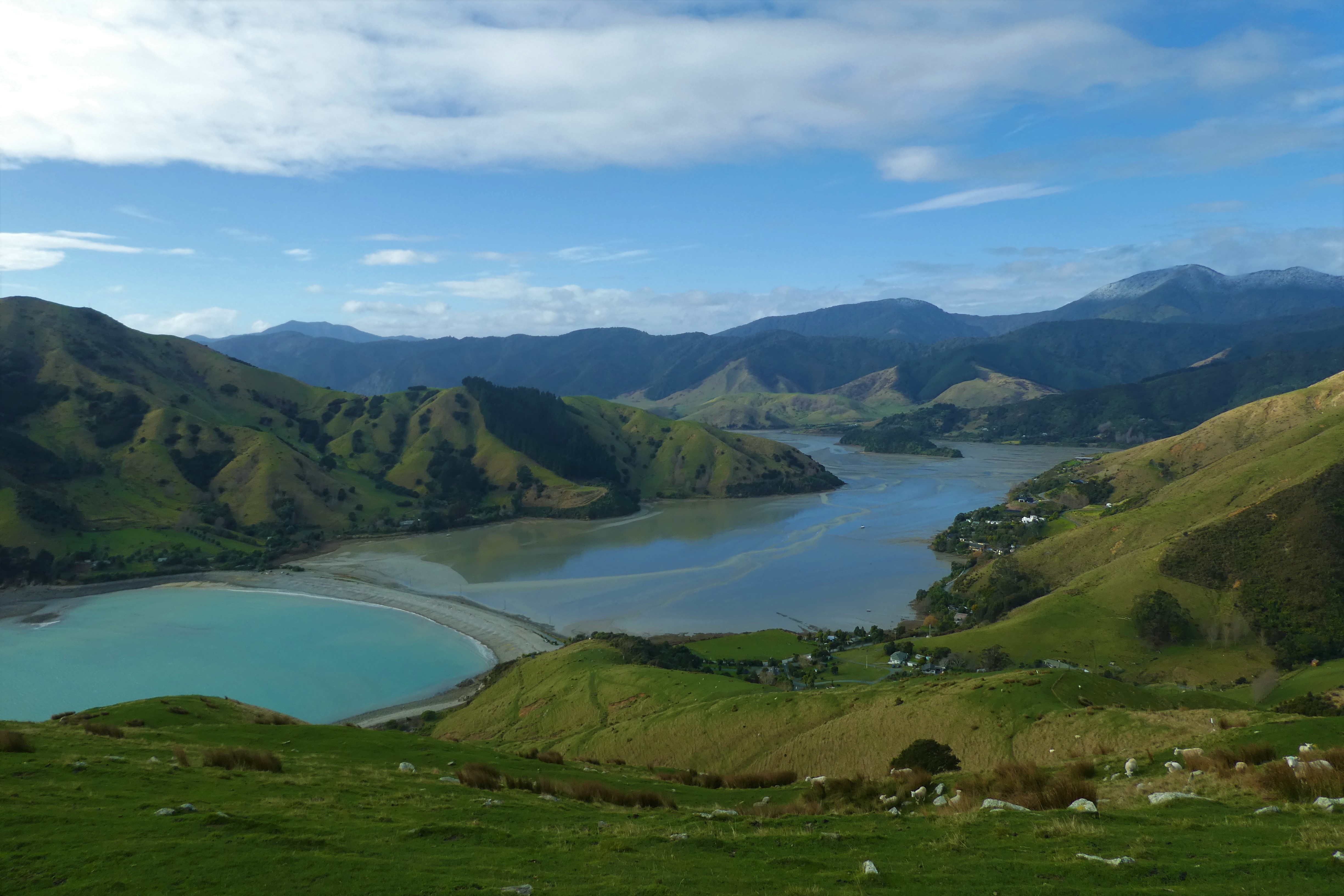 There was much debate over whether the trip would go ahead given the amount of rain that we had in the previous 24 hours. But the rain stopped at about 7am and the seven of us set off. We walked from Glenduan to the top of Sentinel Hill and then back to the cars at Glenduan.

From the start the track heads up a farm track to an airstrip and lookout where we stopped for morning tea. We admired the view, but it was too cold to hang around for very long.

The next section of track was through the pine forest then into the native bush section. On coming out of the bush we were assaulted with the full force of the cold wind as we completed the trip to the top of Sentinel Hill.

We spent only about 10 minutes admiring the views over Cable Bay and Pepin Island. There were no takers for the walk down into Cable Bay as everyone was very keen to head back and find a more sheltered spot for lunch.

In the end it was a very enjoyable trip out, even though it was very cold. We did not get wet, and the track was surprisingly good given the amount of rain we had had.

As usual this trip had lots of amazing views out over the bay and it was clear enough for us to appreciate the snow on the mountains in the distance.