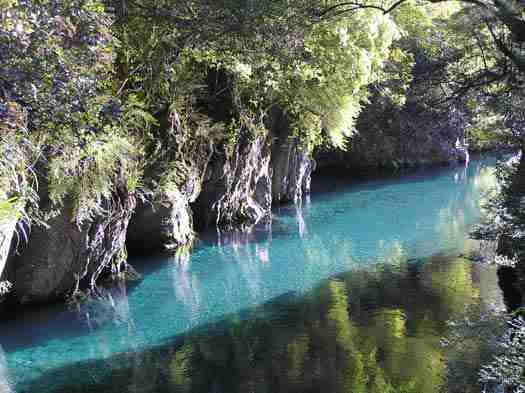 This was run as a crossover trip. While the walk into Lake Daniell from the Marble Hill campsite is familiar to most people, no one had tried the northern route via Station Creek. We met and swopped vehicles at start of the road to Diggers Creek, which is nearly opposite the bridge over the Maruia River to Woolley Road. There are no signs and we just had to trust our maps that we had the correct road. One car load continued around to the Marble Hill campsite while the other drove up this farm track until they reached a ford which looked questionable to cross. Leaving the car parked on the road edge they continued along the old forest road, choosing a fork which took them south and up Station Creek. This pleasant two hour walk up to Thompsons Flat involves a few stream crossings and negotiation of the occasional muddy spot churned up by 4WD enthusiasts some time ago.

When you first arrive at Thompsons Flat you come across a locked private hut which belongs to a Four Wheel Drive Club. The Thompsons Flat Hut is an old Forest Service Hut across the south-west side of this marshy clearing. This hut is in near original condition with the old orange paint showing under the cream. It is now privately owned but is open for public use. It's a very basic hut, with four bunks, five mattresses and a fireplace. We all met up at this hut, with one person camping outside and another on the floor.

Next morning we went in our different directions. The track to Lake Daniell from the clearing is very easy to follow but from the head of the lake to the Manson-Nicholls Memorial Hut it is less well-formed and with no markers. It takes about an hour to get from one hut to the other. It was fortuitous that our party had decided to rendezvous at the Thompsons Flat Hut as the hut at Lake Daniell was overcrowded. From Lake Daniell out to the Marble Hill campsite the track is an easy 2½-3 hour walk.

After a few text messages we changed plans and instead of meeting up in Murchison we had tea and freshly baked muffins at Rob and Maria’s place.

This through trip makes a much more interesting tramp than the usual in and out trip to Lake Daniell.  It is a very suitable trip for those wishing to start overnight tramping.

The six members on this trip were: Chris, Jo and Joy in the northern group and Rob, Maria and Jocelyn starting from the south.